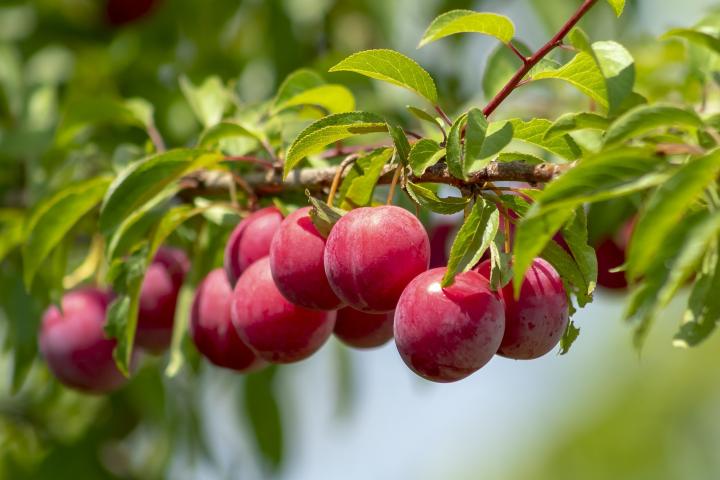 Achieving success with plums has been a tradition in the Southeast for decades. Although the prune plum (Prunus domestica) is one of the 18 kinds of plums that are found around the world, it is not widely planted in Alabama, despite its importance to the economy of the state.

There are a number of plums grown in this state, including Japanese plums (Prunus salicina), the nation’s most famous plum. Due to inconsistent cropping, many producers in the Southeast do not consider Japanese plums to be a primary crop. Generally, in Alabama, plums are grown as a secondary crop to peach crops, especially in the northern counties, where plums are grown as a secondary crop.

It is a common misconception that plums and peaches require similar cultural practices. The rootstock, pruning, pest management, nutrient availability, irrigation, and even the harvesting of the fruit are all essential to plums.

A number of major obstacles make plum production a risky business. The most serious issue comes from early flowering that may cause crop damage during late winter and early spring freezes. It is important to note however, that Japanese plum trees are highly susceptible to the Prunus disease complex in the Southeast, especially bacterial infections, which can have a significant impact on their longevity.

Xylella fastidiosa, the bacterium that causes the phony peach complex, is the cause of plum leaf scald, which is also a condition caused by fungal diseases, such as black knot (Apisporina morbosa), which may also influence the tree’s development and longevity.

The Guardian peach rootstock is preferred for planting in old orchard sites, especially if the tree is being propagated on peach or nectarines rootstock. Rootstocks used for propagating peaches and nectarines are also used for plums.

There are two common rootstocks used in the southeast, Lovell peach and Halford peach. In South Alabama, Nemaguard peach rootstock may continue to be used for virgin plantings.

The plum industry has been in trouble over the last 10 years due to the failure to produce consistent yields to several plum varieties that have been studied over this time period. As a result of these studies and orchard experiences, plums have become a marginal crop at the regional level in the Southeast due to their poor cropping ability.

There was a significant failure to produce sufficient yields consistently in the best-performing varieties of this study to make them profitable.

A plum tree and its mouth-watering fruit are available in a variety of varieties, all with their own unique characteristics. We decided to give you four varieties from these cultivars based on the best cultivars available. It is hard to make a decision when space is limited to just one. As a result, you will have access to the following varieties:

With its vibrant blooms and lush foliage, the 4-in-1 Plum tree bursts into vibrant color in the spring. You will be able to enjoy the beauty of these four cultivars for several weeks at a time due to the fact that they bloom at varying intervals, depending on your region. I can honestly say that it is a very impressive tree, and I have never seen anything like it before.

This Lydecker plum tree creates an amazing architectural display with its branches cascading over its trunk in a symmetrical pattern.

In the spring, the tree is covered in tiny, white blooms, which are surrounded by a lush canopy of green. It will be full of plums which are red, yellow, and purple-black by July.

Generally, Burgundy Plum Trees produce a large yield of juicy Japanese Plums that have a small pit (that means you are able to harvest more fruit), so they make excellent candidates for gardens, even those with a small space.

With Burgundy plums, you are assured of a prolonged harvest. Burgundy plums are highly tolerant to cold climates and will produce fruit for up to six months.

You will be able to compare the plums that you grow in your backyard with those that you buy in the supermarket, and you will discover that the plums made from Burgundy do not have a tart taste.

There are two types of plums produced by Plum Surprise, and they will make a great addition to any garden. There is no need for you to have a large garden to get a big harvest of plums every year. The first harvest of your tree will be a sweet surprise to you: until it produces fruit, you will not know which three types of plums are grafted on it!

It is also important to note that there is little maintenance required since the trees are grafted together, which means the top of one tree will connect with the rootstock of another tree, so that you will get a mature harvest as soon as they are planted.

It is no mystery to you. You don’t have to guess, no need to worry, no need to fuss with anything. Plums are resilient and thrive in a variety of conditions. Even though it was bred to survive in colder climates, it can flourish in hotter climates as well.

Several years ago Luther Burbank, one of the pioneers of American science, introduced the technology into Santa Rosa, California, in 1906. In a little over a decade, Luther Burbank had introduced a Plum Tree (Prunus ‘Santa Rosa’) in his backyard and many people have enjoyed in-season plums almost every day since.

A beautiful variety of tree, the Japanese monk cherry offers a delicious harvest of fruit throughout the year. If you are able to, plant a tree near a place in which you will be able to enjoy both its stunning blossoms and its delicious fruit.

During the spring, you can enjoy the beautiful sight of Santa Rosa Plums blooming in your garden with their frilly white flowers that are tinged with pink. All of your neighbors will be envious of the splendor of your garden every year.

As soon as they’re harvested, they’re ready to be enjoyed. They’re rich and complex and have layers of flavor that won’t disappoint.

The recipe for your daiquiri will be sought after by your friends once you tell them the secret. You will be able to serve them along with fruit and cheese platters and sorbets, as well as specialty drinks.